Steep declines in local and state budgets due to the coronavirus may threaten clean truck programs, but the release of Volkswagen settlement money along with market momentum is expected to sustain zero-emissions projects during the severe economic crisis tied to the COVID-19 outbreak.

That’s Erik Neandross’ take on the impact of COVID-19 on clean fleet programs in California, ground zero for the development and implementation of alternative fuel vehicle initiatives.

Neandross is the CEO of Gladstein, Neandross & Associates (GNA), a clean transportation consulting firm and the producer of ACT Expo, the largest advanced transportation technology and clean fleet event in North America.

In a wide-ranging interview with FreightWaves, Neandross outlined what he saw as the tailwinds and headwinds facing clean truck projects in the coming months.

The $800 billion American Recovery and Reinvestment Act included $300 million dedicated to alternative fuel vehicle programs, and although the absolute amount of money was relatively small, “the yield of the stimulus investment bore fruit for 10 years and contributed to where the market is today,” Neandross said.

The natural gas market for heavy-duty trucks was born out of that era, he explained, fueled by the Ports of Los Angeles and Long Beach, whose clean truck programs got off the ground at the same time.

“You can see how that proliferated into a market of thousands and thousands of heavy-duty natural gas trucks made by OEMs,” he said. “That combination, where you had the ports and federal government coming together, was really important. The stimulus had the desired effect of a stimulus.”

Although there is plenty of of chatter in alternative energy circles about the potential for a clean vehicle coronavirus stimulus — especially in light of the health benefits associated with cleaning California’s dirty air — the Trump administration, allied with fossil fuel producers, is unlikely to make that a priority in future stimulus packages, Neandross said.

A windfall, just in time

A potentially big hit to the state’s clean vehicle coffers revolves around the California Climate Investments program, a key source of funding for many alternative fuel truck projects.

The program is financed by California’s Cap-and-Trade program, in which polluters with carbon offset requirements must purchase credits to offset their emissions. “But if the level of economic activity is down, if power consumption is down, then so too should be the market for credit offsets,” Neandross said.

On a positive note, the gap in federal and state monies may be filled by a propitious new source: the VW settlement fund. It’s been five years since the Volkswagen diesel scandal broke, but states are just now getting ready to release settlement money intended to offset the extra pollution emitted by defective Volkswagens.

California’s $423 million plan for its Volkswagen settlement funds includes $90 million for zero-emission trucks, to be doled out in $30 million increments.

The first $30 million will be released this year, with the state expected to issue an RFP for zero-emission Class 8 trucks. Oregon and Washington are also planning to release settlement fund programs in the coming months, resulting in a sizable chunk of money for new commercial vehicle projects.

“It’s very timely as a stimulus proxy for lack of that at a federal level,” Neandross said.

Another steadying force are several big clean truck investments that are now in full implementation mode. Freightliner and Volvo, for example, have both received significant amounts of money from local and state governments to build out their electric truck programs.

The funding has been approved and authorized, and manufacturers “are literally” in the middle of delivering and deploying vehicles, according to Neandross, who added, “there again, the timing is critical because it keeps momentum going.”

Similarly, (brash) new entrants like Tesla, Nikola and Rivian remain committed to bring their vehicles to market, albeit with delays tied to the shutdown orders. These dedicated electric vehicle players present another challenge to traditional OEMs who may be considering scaling back their R&D spending given the economic difficulties in the marketplace, Neandross said.

“Does this dynamic force the traditional OEMs to maintain their focus and investment in these platforms so that the newcomers cannot gain additional ground?” asked Neandross.  “Ultimately, competitive pressure can be extremely effective in shaping the forward market, and I have to imagine that such forces remain in play here.”

Highlighting a few nuances among shippers, Neandross talked about the boom-bust nature of the current economic crisis, depending on what segment of the market a given company occupies. Grocery stores, for example, are through the roof, while restaurants have bottomed out.

Many food and beverage companies tend to be more aggressive in clean fuel and technology space, Neandross observed, so “it will be interesting to see what their response is, because the impact for them is positive.”

Other signals point to continued investment. Historically, two factors have driven clean fuel adoption: clean air regulation or diesel fuel price mitigation. The big run-up to natural gas in 2012 occurred because diesel prices shot up to $4 a gallon or more, Neandross pointed out.

But in the past year, his firm has seen “an interesting and fundamental shift” by companies whereby a third factor is driving interest in clean truck projects: sustainability, defined in environmental and economic terms.

Neandross recounted a story about one of GNA’s clients, one of the biggest companies in the world, which has dabbled in different alternative fuel ventures. In 2015, when the price of oil collapsed, “all of their new energy businesses went right out of the window.”

But that same pullback hasn’t occurred with the current drop in oil prices, compounded by the COVID-19 economic crisis. When Neandross asked his client why they stayed the course, the response was: “‘We’re investing in sustainability because that’s where the money is. That where the margins are.’”

Neandross’ read on that response, he said, is that companies’ clean fuel investments are far stickier than they were in the past.

So while the trajectory of clean truck programs during the coronavirus pandemic ultimately depends on how economic conditions play out over the long term, “even if you factor in the uncertainty and lack of clarity, there is an apparent foundational commitment to markets going forward.”

ACT Expo, scheduled to take place May 11-14, has been postponed due to the coronavirus pandemic. Expect an announcement on a new date in a few weeks, according to Neandross. 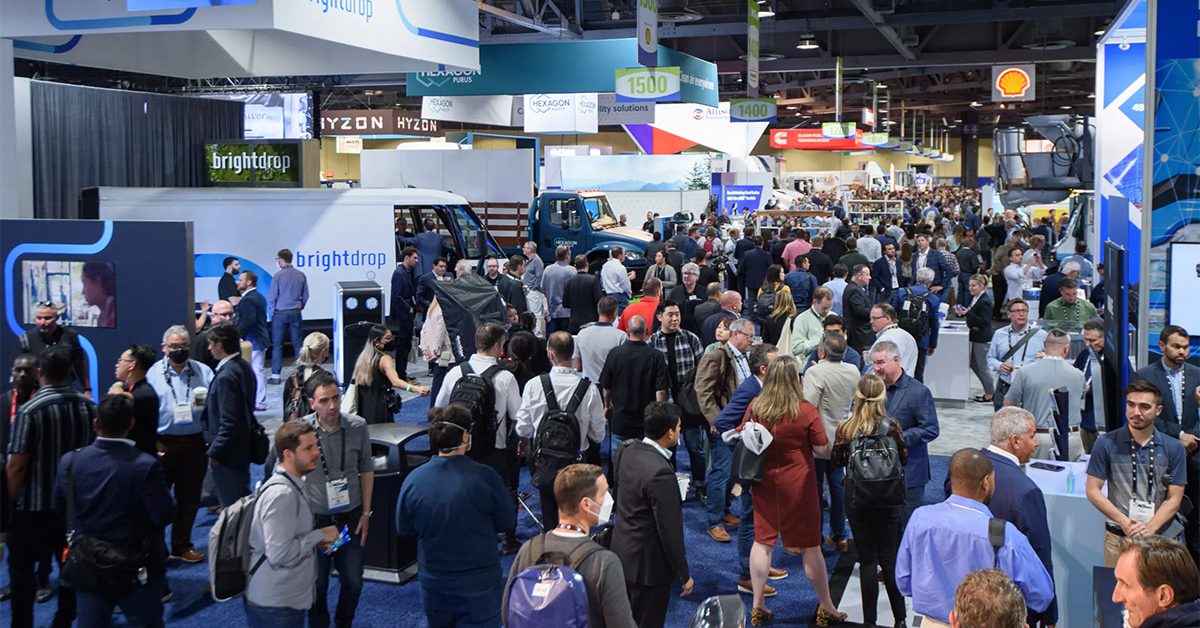